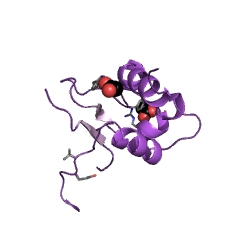 I used the mRNA sequence in MEME to find motifs in the DCDC2 gene and I identified 3 motifs.

Analysis
The two programs I used to determine DNA motifs were MOTIF and MEME. These two programs-MEME and MOTIF-had different formats in presenting their information and data. MOTIF and MEME allowed you to input the gene sequences, however, I put in the mRNA sequence into both since the gene sequence was too long. When I used MOTIF, it returned results that linked to a database known as Transfac, which gave a description of the type of motifs found within your sequence. I really liked having a general description that was provided with the motifs one found within the database. The one thing I did not like about MOTIF was the  letters they used to represent the nucleotides within the gene.

MEME was interesting in the fact that it displayed your result in logos. I found the logos more visually pleasing then the letter representation that MOTIF used. The logos in my opinion were much easier to interpret and understand. However, MEME did not provided a list or a name of the motif(s) you were looking at, so I found it slightly more confusing and disappointing since I could not always understand what exactly I was looking at. I believe that a combination of the two programs would be your best bet in figuring out locations of the motif within the gene. That way one can further research the motifs that came up in the gene to see what proteins or transcription factors interact with your gene. In addition to it would be beneficial to double check that one is getting the same results between the two programs.